Riley’s journey began two years ago and with the help of many people, she thankfully made it to Satchel’s where it was believed that she would possibly live out her life as a “sanctuary” dog. But amazingly, Riley’s journey didn’t end at Satchel’s and the next chapter in her life began six weeks ago when she found her forever home. Her new Mom and Dad had recently undergone the passing of their boxer/pit mix. Mom had heard about Riley’s story; was interested in trying to adopt a “sanctuary” dog and felt that she could give Riley the dedication, patience and training that Riley would need to be successful in a home. Riley had tons of energy so they started out by taking Riley home a few nights a week and began working with a trainer. After three months of determination and commitment, Riley had progressed to the point where she was able to be adopted. Mom and Dad had developed a very close bond with Riley during that time, so with much happiness, she was officially adopted. They enjoy taking Riley on new adventures, including trips to Benderson Park and Siesta Village, which helps with her socialization and channels her exuberant energy. Riley has also done well when introduced to new people, including children. Riley is their constant “shadow” at home and loves to be in the yard with Dad when he is gardening. They have also set up a pet cam with audio so they may interact with Riley remotely and this has been invaluable when they are out of the house. Given time, love and devotion, Riley has shown that she is able to thrive in a home and will continue to blossom and bring many years of love and joy to her new family! 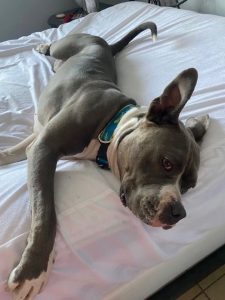 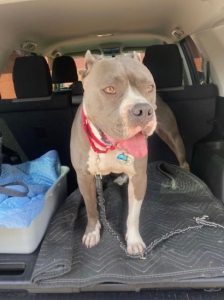 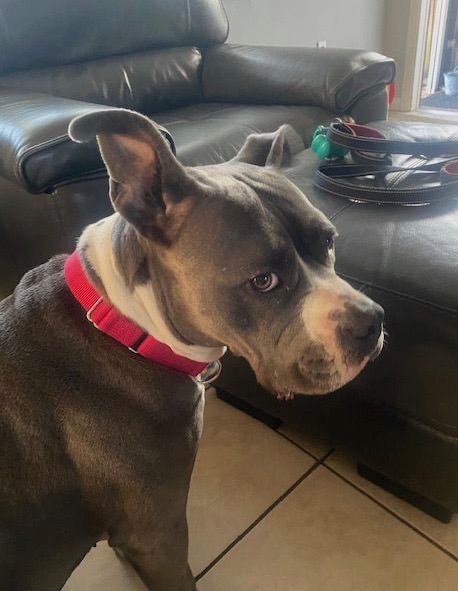