Happy landings for Zuma and Milo!

Michael had a Maine Coon in the past and his children knew that he was looking for a cat to keep him company now. His son had suggested that he check Satchels website and that is where he saw Zuma, who looked almost identical to the cat he had before. He had a long drive to Satchel’s but it was well worth it when he met Zuma. He learned that Zuma and Milo were a bonded pair; decided he could not separate them and these two lucky cats are loving life in their new home with Michael. Michael says they are perfect for him and was very impressed with Satchel’s and operation director, Michal Anne! 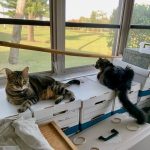 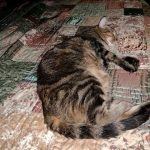 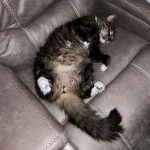