Julie had owned a cat in the past and her daughter had been wanting a kitten now. Julie knew about the cat adoption room at Pet Supplies Plus so they had stopped by one day to look at the kittens. It was her daughter’s choice and when she held Chucky, she said it felt just right. Now known as Freddy, he is doing great. He loves his canine brother, Ziggy, who is a pro at befriending cats and kittens and adores a fun game of wrestle with Freddy. They sleep side by side and Ziggy loves to groom Freddy to keep him looking his best. Julie loves the fact that Freddy is such a cuddly kitten and he has found his loving forever home with the perfect family. 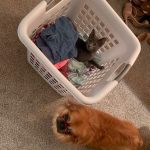 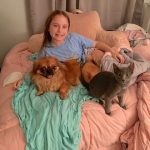 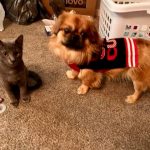 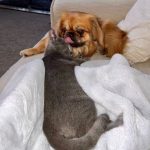 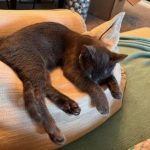