Jeremy and Melissa had lost one of their dogs to cancer and were looking for a puppy to join their family along with Mya, their 16 year old pittie. They saw Annie through social media but learned there were two families ahead of them who had also filled out applications. Annie was adopted shortly thereafter, so Jeremy and Melissa continued their search and adopted a young terrier mix puppy, Lexie. But as fate would have it, they received a call from Satchel’s about a month later. Annie had not been the right fit for the original family and Satchel’s was checking to see if Jeremy and Melissa were still interested in adopting Annie. Although they realized that having two puppies in the house might be a challenge, Melissa said that since Annie was now available, it was meant to be and that there was plenty of love in their home to give to all. Annie and Lexie are inseparable and play non-stop and Annie is very gentle with Mya. Annie and Lexie are learning socialization skills as they go everywhere with Jeremy and Melissa, a favorite spot being Evie’s. Annie is loving life in her new forever home and Melissa says that she is beyond perfect! 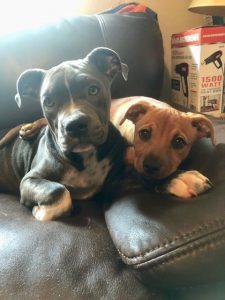 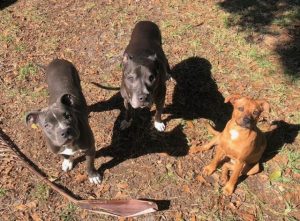 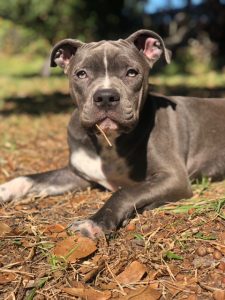