Back in March, we received a call from a county shelter about a dog they had picked up apparently abandoned on the streets to fend for himself. One look at Finnegan and we knew Satchel’s had to provide the medical care needed for this boy who was suffering from open sores and severe hair loss due to fleas and major skin irritation. When, we followed up a couple of days later to arrange the transfer, we learned that he had been picked up with another dog, Kira. Kira hadn’t made the adoption floor with Finnegan as she was old, a pitbull, and had a large growth on her backside. Three strikes… Well, of course, no way were we leaving Kira behind. It quickly became apparent that Kira and Finnegan were extremely bonded and splitting them up was not an option for us. Finnegan was treated for his skin condition which remains under control with a little help from medicated baths. Kira had her growth removed which turned out to be benign. And so the search for their new home together began knowing it could take months or even years to place a bonded pair. Four and half months later, Sheila was interested in adopting a dog. Making an appointment, she came out to meet the dog she thought might be a match for her. While at the shelter, she met Finnegan and Kira and knew, even though 2 were not in her plans, she just had to make them a part of her family. That was a shorter than normal stay for a bonded pair, the stars must have aligned to bring Sheila into their life so soon. Congratulations to all of you! 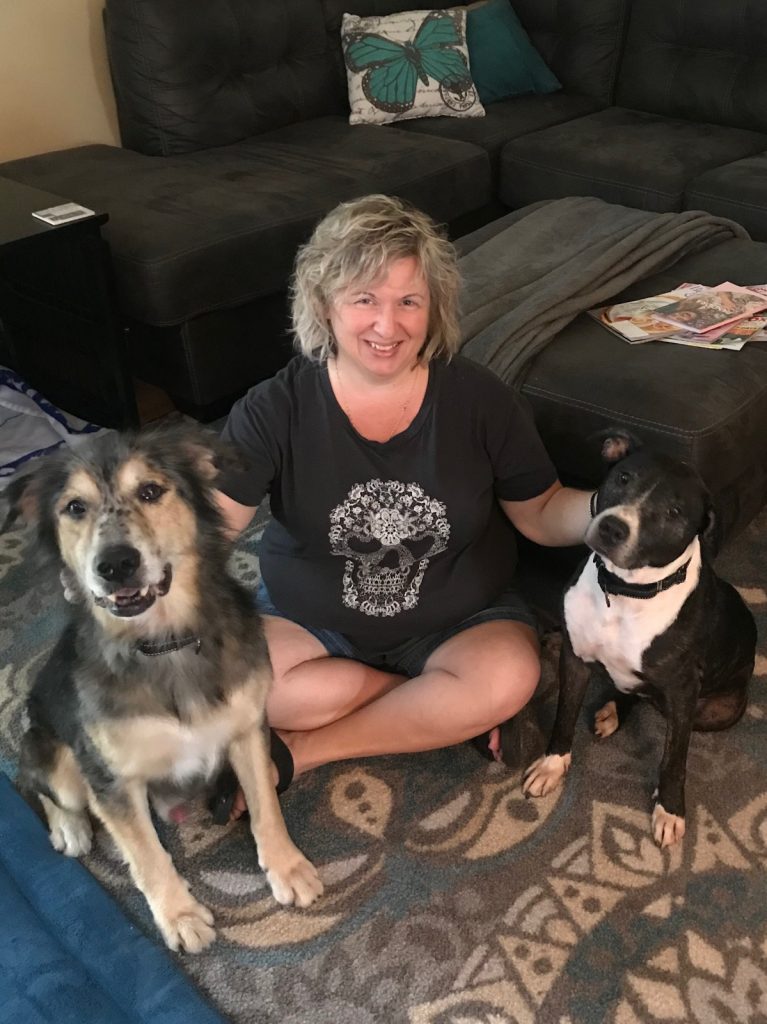