Azalea is patiently waiting for her forever home!

November is National Adopt a Senior Pet Month and this morning we’re again going to spotlight our beautiful senior blue pit, Azalea.
If you have been following Satchel’s for a while, you likely have seen Azelea on here before as she’s been with us for over 3 years. Why has she not be adopted? The only reason we can think of is because she’s looking to be the only dog in your home. Don’t let that worry you, she has enough love to share that you won’t need any other pets. Azalea may not care for other pets, but she adores her humans. Azalea often goes home with one of our volunteers and we’re told she’s an awesome house guest. Suns herself on the lanai, hangs out with the kids, snuggles on the couch, will even tolerate the other dogs as long as they keep their distance. Three plus years ago, Azalea was found as a stray, not in great condition and testing positive for heartworm disease. Although her past is an unknown, odds are she didn’t have a great life for her first 7 years. This beautiful girl is now 10 and doesn’t hold anything against anyone – she just wants a retirement home with a family who will show her unconditional love every day. She’s such a calm, chilled, easy going girl, won’t you make her a part of your family? Please share and let’s find Azalea a forever home so she doesn’t have to spend one more holiday at the shelter. 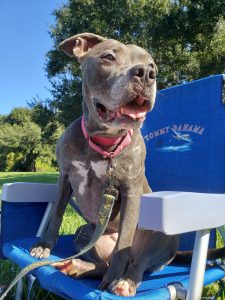 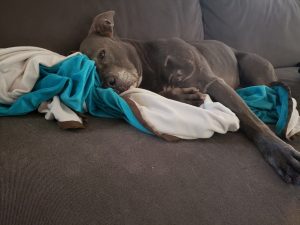 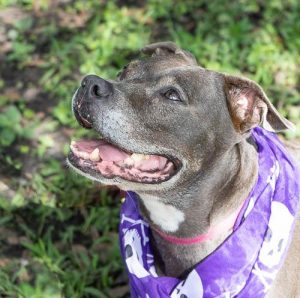