Our sweet boy Jamie was diagnosed with cancer several months ago. He fought the battle and won major fights along the way, but last week he let us know, the battle needed to end. And so we helped Jamie cross the rainbow bridge in the arms of people who loved him dearly.
Here’s a little background on Jamie’s history and how he came to be at Satchel’s from Mary Lou who was his angel.
“On June 16, 2013, a friend in NYC had tagged me on FB post about a Labrador Retriever in need. A few days later I drove up to Hillsboro County Animal Services to pick up a dog named Red. He was HW+. His coat was a deep Auburn, rough and gamey. We went directly to Beach Vet where he was treated. The shelter stated that he had been found on the street as a stray.
He wouldn’t make eye contact with me for weeks. At first, it was like he had never been spoken to at all. There was no curiosity, head tilt or even awareness of the try at communciation. He stayed in my office for his recovery with gentle leash walks for that time period. As he healed, he became more energetic and playful, and would play catch with me.
By the Fall, we were taking car rides and visiting onlead parks. He walked through my house and touched noses with one of my cats each time. Interestingly, that cat had also been found as a stray. Did they know that they were from the same kind of environment? At Island Park, Jamie walked around the Dolphin Statue with me, said hello and wagged with a Papillion, we had a picnic.
Jamie was a sports fan. He enjoyed hockey matches on televison with my husband, two of them sprawled on the couch with J’s head in his lap. A few times I found them both asleep. We had a baseball in his room which he gnawed, tossed and batted to me … playing catch.
In all Jamie was with us for one year. Our other dog, a resource-guarder was unwilling to accept another big dog, if not for that, he would have stayed forever. I know that Satchel’s gave him the best possible care and that he was well loved. I loved him deeply.”
At Satchel’s, he had many, many volunteers who loved him dearly. He went on walks and car rides almost every day right up to his last day on this earth. Here’s a tribute to Jamie from our director of operations, Doug.
“I’ll miss your smile J. You had a way of making a special connection with everyone you met. Slowly you grabbed our hearts with your amazing stoic and stature behavior. You showed each of us the real meaning of trust and loyalty. You were a true friend with an amazing soul. Your legacy will remain for years to come. Rest easy and run free my friend. Forever in our hearts.”
You will never be forgotten Jamie. Take that sweet smile with you and RIP precious baby. 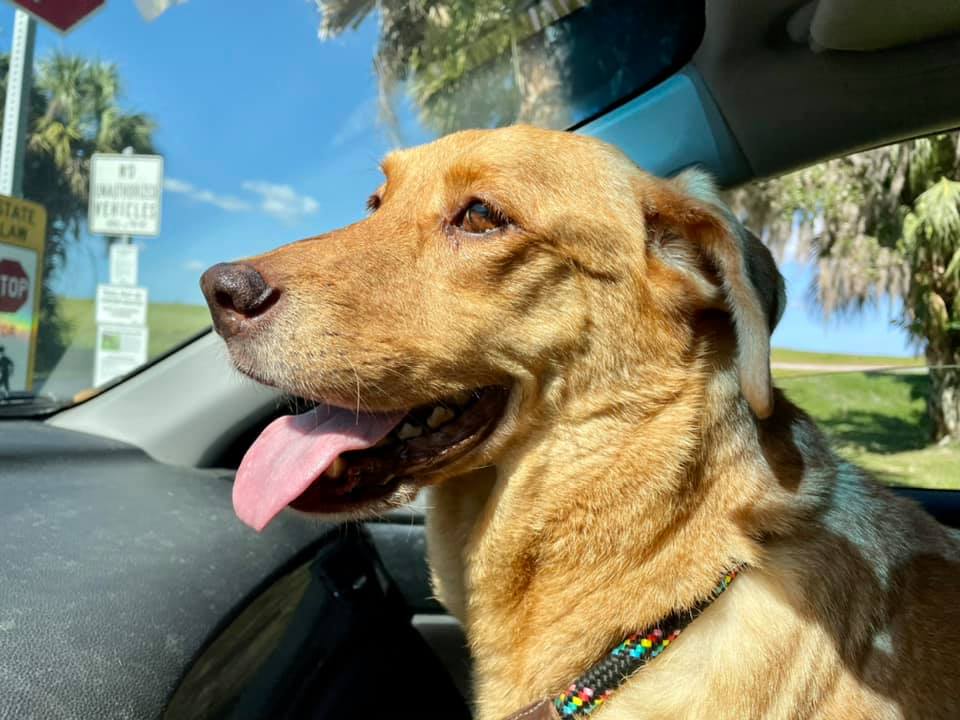 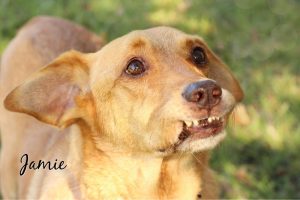 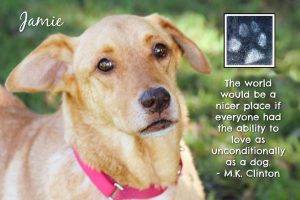