Happy Landings to Murphy – adoption followup – thank you Judy.
Cheri was thinking of adopting a puppy as a companion for Gracie, her 6 year old Labrador Retriever, but realized how much work a new puppy would be. Cheri had never owned a cat but thought a kitten might be a possibility for Gracie. Satchels was holding an event at Pet Supplies Plus and she stopped in to see the kittens that were up for adoption. When she walked in, she didn’t see the kittens immediately but happened to see Murphy first and decided to meet him. She couldn’t believe how sweet and loving he was and called her husband to stop by. Murphy was full of kisses, making lots of eye contact and they all bonded quickly. They decided that it didn’t matter that Murphy was 9 years old and the decision was made to adopt. They carefully followed the steps to introduce Murphy and Gracie and things are progressing each week. Murphy is very social and doesn’t realize that he acts like a “dog in a cat suit.” He is very mellow and laid back and loves chilling out on the lanai where he can supervise the bird and squirrel activity outside. Murphy’s new dad even built him his own special “kitty bathroom” inside a cabinet with his litter box and a little door just his size! Murphy is very happy in his new home and Cheri said they are all one big happy family. 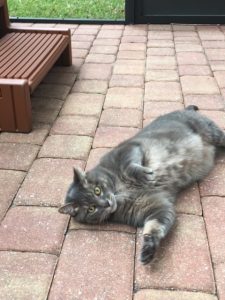 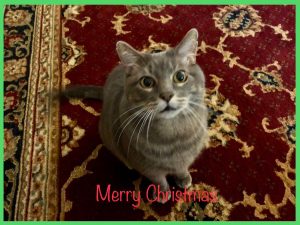 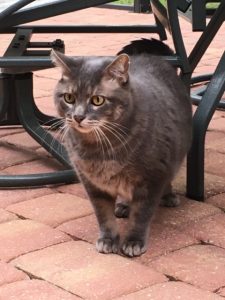 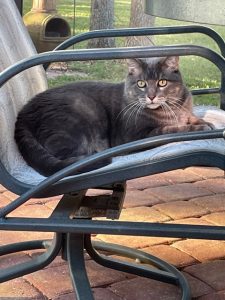