Adoption followup.
Esther had many dogs growing up and felt that it was the perfect time to adopt a dog of her own. She had met two other dogs at Satchel’s but both of them already had approved applications. It was then suggested that she meet Cadabra and it turned out to be a great match. Now known as Lux, she has settled into her new home easily. Lux is a young active girl and loves spending time running and playing in her back yard. She is very affectionate and gets along great with Esther’s roommates. Esther has installed a pet cam and says that Lux is doing fine at home when she is alone. She feeds Lux in her crate and Lux is so well trained that when Lux sees Esther pick up a spoon she immediately walks into her crate for her meal. Lux was a lucky girl to have found her forever home with Esther! 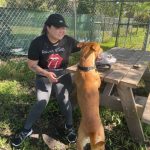 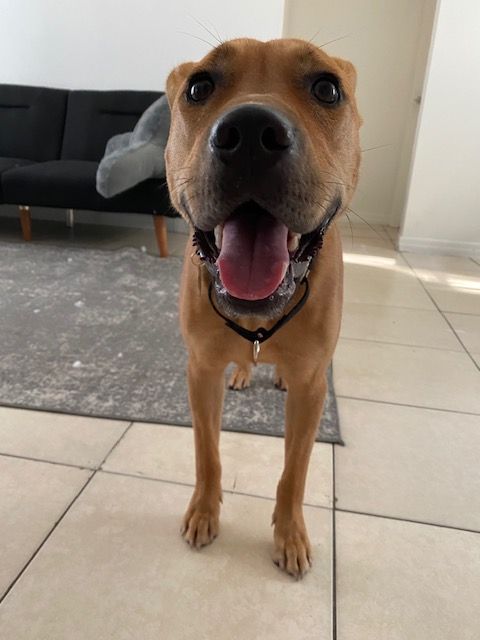